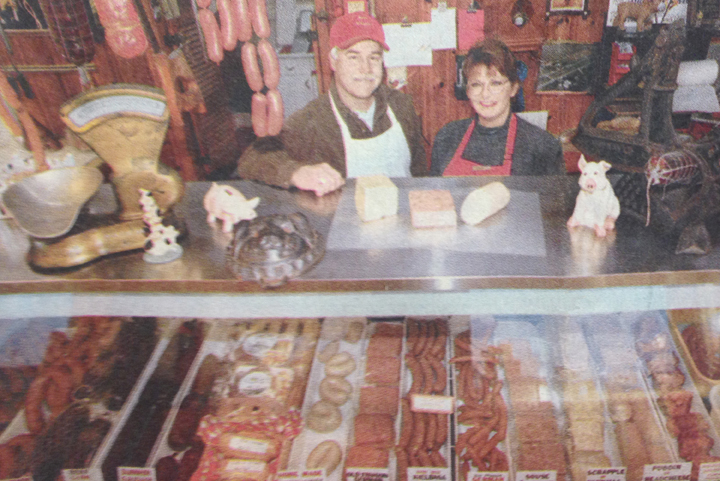 Dennis and Sue Snavley in 1977 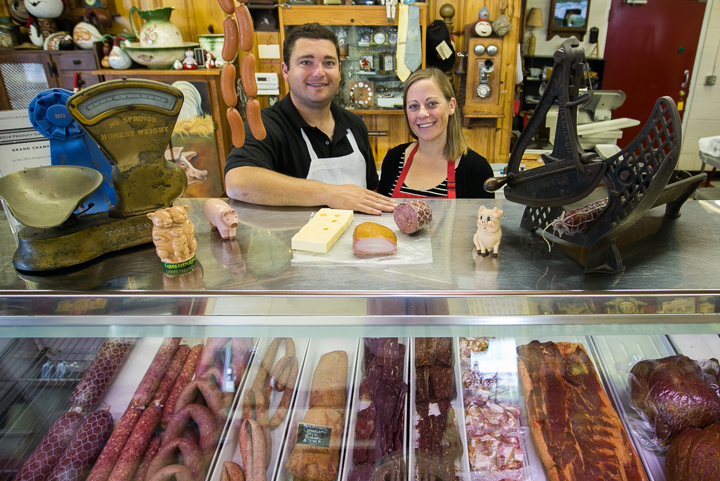 Sam and Jillian Snavley in 2014

Mom Wilson’s Country Sausage Mart, Inc. was established in 1959 by Horace and Fern “Mom” Wilson. This farm couple started selling sausage from their back porch as a way to generate additional income during their off season from farming. Horace had learned meat processing from his father, H.D. Wilson. Father and son raised and processed meat to generate income and food for their family during The Great Depression.

The price of hogs was at an all time low in 1959. Horace and Fern decided to make sausage for sale out of their home. It didn’t take long for word to spread about the quality of their product. The Wilson’s converted their garage to make into a space that could be used for their rapidly expanding business. Mom Wilson’s Country Sausage would continue to grow. Unfortunately a tornado destroyed most of the Wilson farm in 1965. Horace and Fern were devastated but determined. The rebuilding process placed stress on the couple as they would use their life savings to build what is Mom Wilson’s today.

By the mid 1970’s Horace and Fern, now in their sixties, were looking toward retirement and felt it necessary to begin teaching and sharing the Wilson family recipes and processing techniques. After many discussions it was clear their daughter Sue and her husband Dennis would be a good fit. Sue and Dennis changed careers and were eager to learn. Horace and Fern were pleased that the business they built would continue to the next generation.

In 1983 Horace died suddenly of a heart attack. Just as Fern and Horace had rebuilt in the aftermath of the tornado 18 years earlier, Sue and Dennis were determined to continue the legacy Horace had left behind. They would carry on with the same recipes and old fashioned approach. Mom Wilsons stayed true to the values of family, tradition, and quality upon which the business was built. Fern continued to remain active in business related decisions and offered guidance to her daughter and son-in-law until her death in 1997.

The Legacy Lives On

As times changed Sue and Dennis decided to expand their product selection to keep pace with customer requests. They developed new recipes and combined them with some of the old fashion techniques. With the new value added specialty products alongside the original offerings Mom Wilson’s has positioned itself for success now and in the future. What keeps the tradition going?

In 2011 Sue and Dennis’s only son Sam came into the business full time. Sam and his wife Jillian along with their two daughters are committed to continuing the business for many years to come. Their impact has already been felt through extending operating hours through the summer, developing new specialty products and staying true to most of the original Mom Wilson’s recipes and techniques.